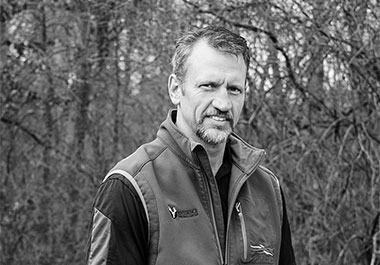 Given the reduction of sponsorships being inked for outdoor television shows, deep cuts in TV budgets, the rise in YouTube “stars,” and the explosion of subscription based service providers, one might conclude that outdoor television if not already pronounced dead, is certainly on life support.

In our humble opinion and experience, we believe this prognosis is wrong.

To be clear – outdoor television has changed.  The days of outdoor “celebrities” creating long lines for autographs are for the most part gone.

Sky rocketing sponsorship costs with limited deliverables and little to no accountability are a thing of the past, and for good reason.

In the early days of outdoor television’s “golden age,” industry manufacturers rushed to get in on the action, without knowing what or how to measure their investment.  Everyone was doing it, and “we need to it as well or we will be left behind” was a common sentiment.

Several years later, and with the growth of measurable metrics in the digital world, marketing folks everywhere have been moving away from television and looking at the solid and trackable numbers that the digital world can deliver (Are they really delivering? – more on that later).

But does this mean outdoor television is dead?

Let me ask another question.  What do Ancestry.com, Amazon, YouTube, and eHarmony all have in common?

They all advertise on traditional television…

Who sponsored the 2019 World Series?

(Hint: it starts with Y and ends with Tube)

For a dead medium, a lot of .coms are investing heavily in this traditional space.  The reason for this is simple…

1)  Serious and in-tuned marketers know they must reach out beyond their own sphere or circle of influence to attract new audiences. Outdoor Television is NOT DEAD (yet)

There are three primary ways you can currently buy outdoor television:

Each has value when used properly, however before you can decide which, if any of these methods are correct for you or your company, you need to answer a few very fundamental questions.  What is your objective?  What is the desired outcome?  How will you measure your success?

TV is not a panacea.  But to be clear neither is digital, social, print, or any other singular marketing tool.  To know if or how TV can work for you, you need to clearly understand your objectives.  Is it to sell directly to the consumer? Educate consumer?  Increase brand awareness?  Increase Brand affinity?  Drive retail traffic?  Most of us would say yes, yes, and yes.  We want all of these.  However, this is not realistic.  The messaging, the delivery, the timing, and the medium used to deliver the message are all variables you must consider when choosing the right marketing tool.  No single tool can build a house, and no single medium can achieve all these objectives at the same time.

Over the next three articles, we will break down the different ways your brand can utilize television and offer our thoughts and insights regarding each.  If you cannot wait to get started, drop us a line and we will reach out directly to share our experiences.

About the Author…Jeff Bergmann the principal and founder of Providence Marketing Group is a marketing veteran with over 20 years of marketing experience in the Outdoor Industry, with extensive experience in retail marketing, digital marketing, direct response, branding, packaging and product development. For more information, please visit www.www.providencemarketinggroup.net .